Four Finnish cave divers face their worst nightmare when two of their friends drown deep inside an underwater cave in Norway.When the official recovery operation is called off by the Norwegian and British authorities after being deemed too risky, the friends set out on a secret mission to retrieve the bodies themselves. “Diving into the Unknown” isn’t just the dramatic story of a life-threatening mission. It is also a story about unconditional friendship that truly runs deep.

While each member of the team has years of experience exploring dangerous deep-sea caves, together they are about to face the biggest challenge of their lives. To make it out alive, they will need to be able to rely on each other every second of the way. And the physical demands of this operation will pale in comparison to the psychological toll it will take on everyone involved. With footage from the actual accident and multiple cameras both above water and deep below the surface, this film follows the breathtaking recovery mission from beginning to end. 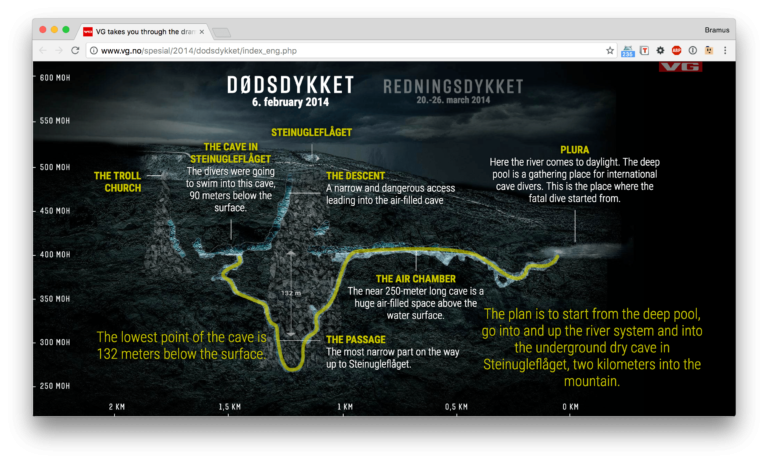